In the context of the widening and straightening of the Leie at Comines, ADEDE is engaged to track down unexploded historical ammunition (UXO).

Both during World War I as during World War II the Belgian city of Comines suffered greatly. Up until today these calamities of war turn extensive ground works and building projects into a hazardous venture. To make sure the project regarding the rectification and broadening of the River Lys is carried in the safest circumstances possible ADEDE was contracted for UXO investigation and clearance.

As a first step a team team of historians conducts a historical survey based on military archives and aerial photgraphs in order to determine to what extent the soil of the project area is hazardous and to demarcate different risk zones within the project area.

The next step is an on site geophysical detection (ground penetrating radar , bore hole probing) aimed at detecting anomalies in the soil. The detection results are then analysed at the office by ADEDE's team of geophysicists where suspicious anomalies are pinpointed for an on site approach by ADEDE's UXO-specialists.

However adequate these methods are, a geophysical detection has it's limits and can not guarantee an absolute UXO-free soil. Therefore during the project ADEDE's UXO-specialists assist the excavation by scanning the soil with metal detectors right before the excavator scoops it up. 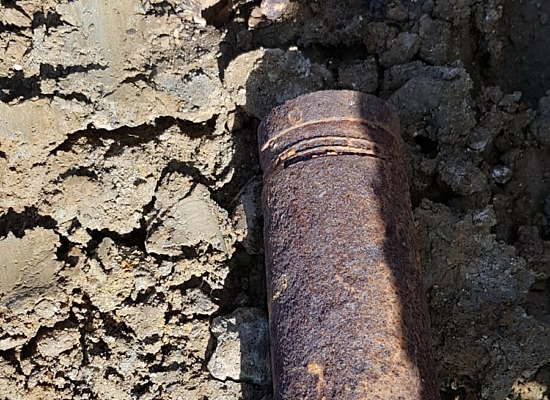 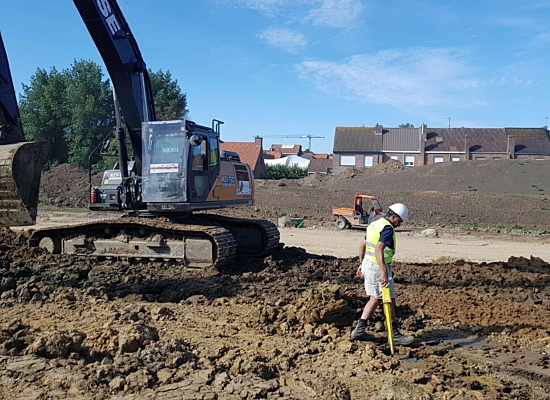 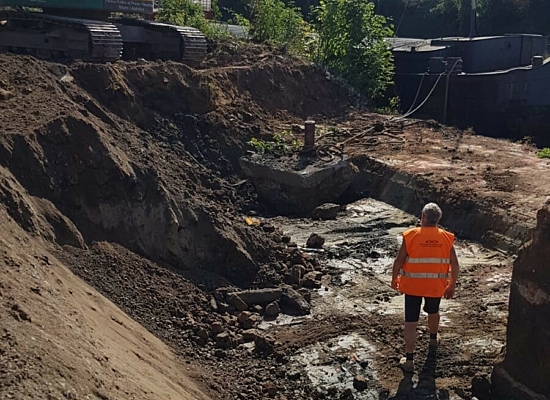 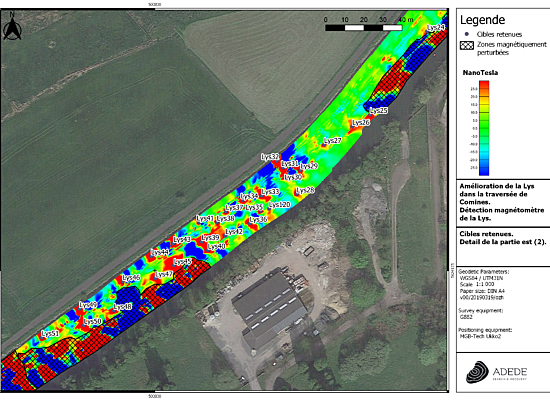 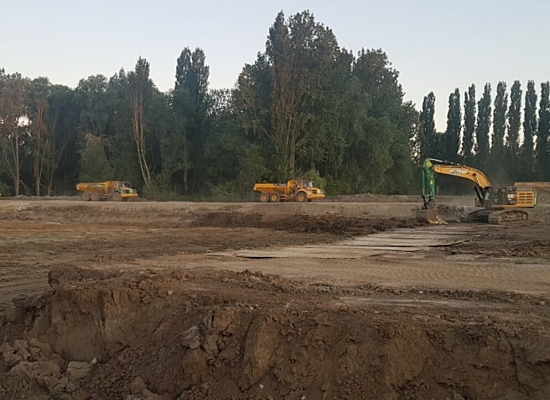